Go Public: A Day in the Life of an American School District

On November 18 the American Center hosted the screening of the documentary “Go Public: A Day in the Life of an American School District”, the winner of Best Documentary at the Catalina Film Festival and several other awards. 50 directors and their crews followed 50 individuals in 28 schools – students, teachers, administrators, counselors, librarians and many other specialists who study and work at public schools in the Pasadena Unified School District in California. We follow them one day (May 8, 2012), from the early morning until the time they go to bed. There’s no narration or comments, we are watching a real life of American public schools, with its daily struggles and miracles. In the end of the day teachers come to a county board meeting to protest against new layoffs due to recent funding cuts. Unfortunately some of them were laid off later. “Go Public” shows the issues within the American education system, but at the same time it captures all the good things that go on every day in the classroom. 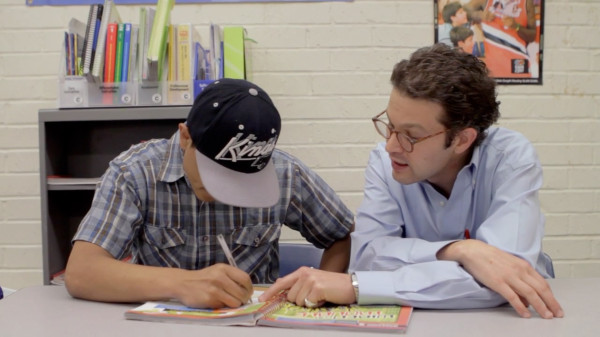 During a short Q&A session at the end of the screening Director of the American Center Kore Gleason answered questions on the education system in the U.S.